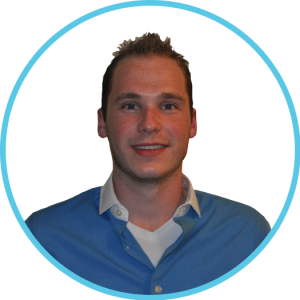 Coach Jon has coached with the Vikings for the past four seasons and in this, his fifth, he will be returning as Head Coach for another fantastic summer season!

Jonathan began his swimming career in South Africa, where he started swimming in his coach’s 25m backyard pool. He competed in school swimming there for two years before returning to Canada in 2008.  Moving to Tsawwassen, he joined the Winskill Dolphins Winter Swimming Club. His passion for the sport eventually led him to join the UBC Thunderbirds during his first year of university, and then to Montreal for the next two years as a member of the National Swim Center.

A freestyle sprint specialist in both the 50m and 100m, Jonathan enjoyed all freestyle distances, including open water races. (A fun fact about Jonathan: he missed Junior Pan-Pacs in the 5km open water event by one spot!) In 2015, Jonathan retired from swimming to further pursue his educational and occupational goals. He is currently pursuing a bachelor’s degree in science and intends to apply (again) to Medical School this year.

In Jon’s first year coaching with the Vikings, he was the group coach of the MV1s, and followed them to Junior the following summer. Two years ago, he transitioned to coaching the SR2 group, and followed them last year to SR1. This year, for the first time, Jon will coach the same group for a second year.

Jon was also a Winter Maintenance coach the past two winter seasons with the Vikings and enjoyed meeting and coaching many new swimmers who will be joining the team this summer. In both 2016 and 2017, Jon was also a Coach with the Winskill Dolphins Winter Club, where he was able to gain invaluable experience and understanding of the coaching nuances required to drive success.

Jon is excitedly looking forward to May 1st and cannot wait to get training underway for the 2019 season. Having completed a two season win streak as Provincial Champions, the Vikings are looking to this season as an opportunity for new and even greater success. Jon is ready to meet this challenge – will you join him and raise the Vikings up to the next level?

Coach Jon looks forward to seeing you all on deck and in the pool this summer!